** All our trades are verifiable with our brokerage Robinhood, there is nothing to hide ! All about RESULTS!**

Do you want to get FREE stock today? If so, click on the link here. There are no gimmicks. 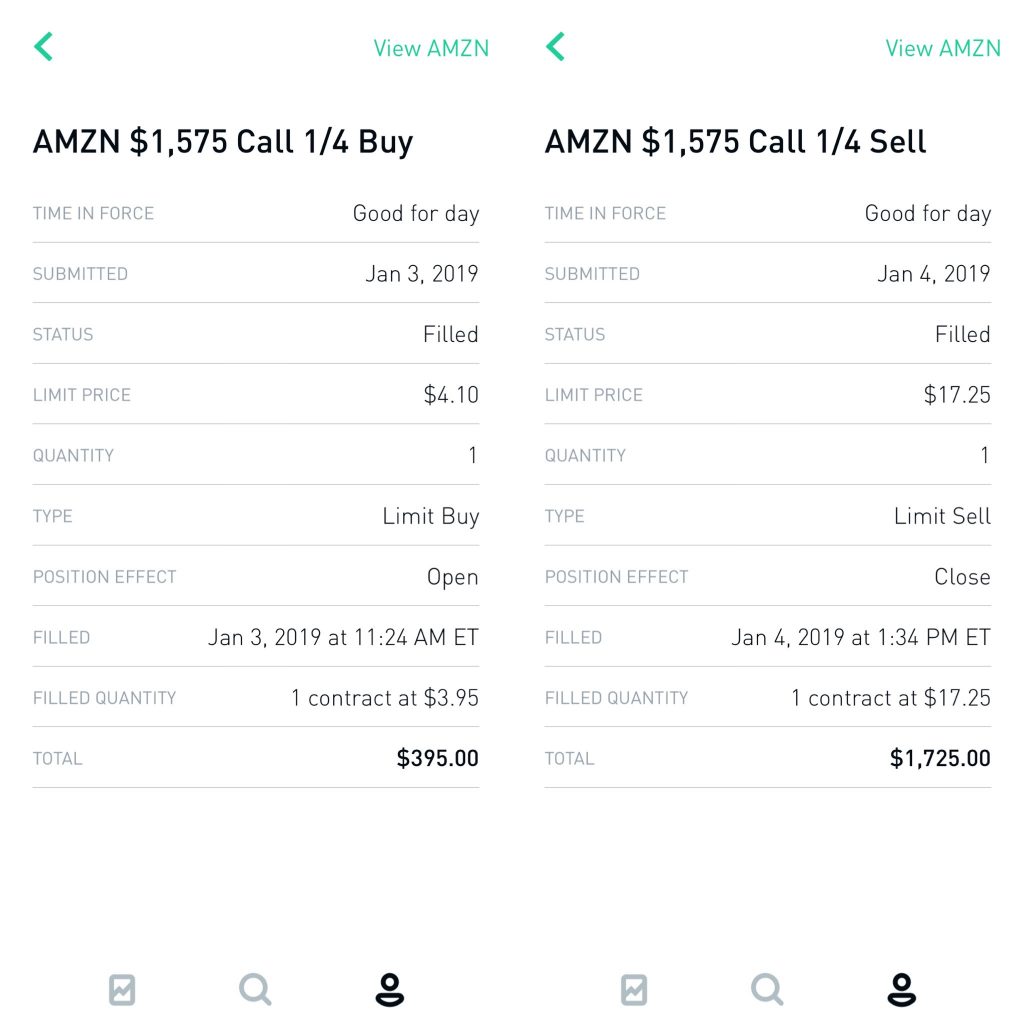 This trade was initiated May 31, 2018, in which I bought 10  call option contracts of LULU options at $0.92 , it cost me $920. I ended up closing the trade  at  $6.00 per contract, with a profit of $5,080. I love options trading as you can gain profits really quickly, if you know what you are doing, and enter a trade at the appropriate time. I usually trade during earnings, which are when companies release their financial reports publicly to the market and the market either rewards them with a higher or lower stock price.  On May 31, 2018, LULU released their earnings report for that quarter; the report was great and the stock shot up about 7% and continuing rising the day after. Before earnings, the stock price closed at $105.05 and the following day after earnings, the stock priced closed at $122.19. That price movement was huge and it reflected in the profits  in my call options.

Biggest one day trade I ever had was on FB (Facebook) stock. This trade was also an earnings trade, but in this trade, I used an options strategy called a straddle.  A straddle is a direction neutral trade in which one can make money if the underlying moves up or down drastically. On July 25 2018, FB reported its financial report and missed the streets estimates, in other words, its report did not live up to expectation. The stock plunge over 20% that day and some more the following day and I was able to capitalize on that. I entered my straddle on July 25, 2018 earlier in the day before the earnings report came out. I entered with 10 contracts at $15.00, which cost be $15,000. I closed out that position the following day at $37.35 per contract, with a profit of $22,350.

Yes, you can make a lot of money trading options, but you can also loose a lot of money trading options. For me, I have made more than I have lost and even if I do loose some trades, it is very minimal. Losing is part of trading, however, the goal is to minimize risks and use option strategies that will help accomplish such goals. There was a trade I put on August 16 2018 on JWN (Nordstrom). After market closed at 4pm, the company was to report their financial earnings. After doing my research, I decided to buy some put contracts as I believed the price of the stock would go down. However, that’s was a big mistake as I missed the retail turnaround trend and failed to pay attention to the government’s retail report. The retail industry had been improving and I failed to pay attention to it and it cost me.  I bought the 45 strike Put expiring 8/17; I bought 100 contracts at 0.16, my cost was $1,600. In order for me to make money on this trade, the stock had to go below (45-0.16=44.84). However, the companies report was so good that the stock skyrocketed to about $59.  So that contract expired worthless

We executed a straddle play on SFIX and were able to capitalize on this trade. We realized a 98.5% return on the trade.

SFIX reported its financial earnings report Oct 1 2018 and the report was not well received by the market. 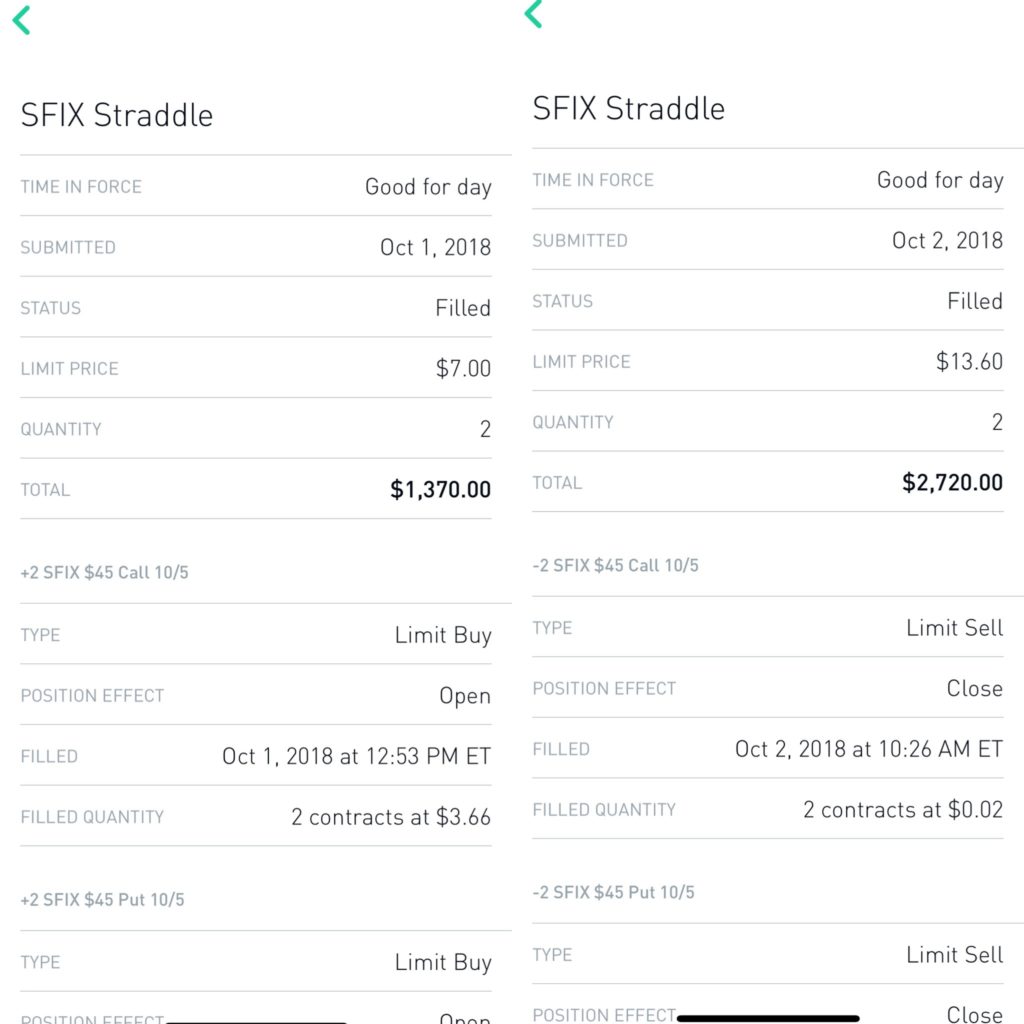